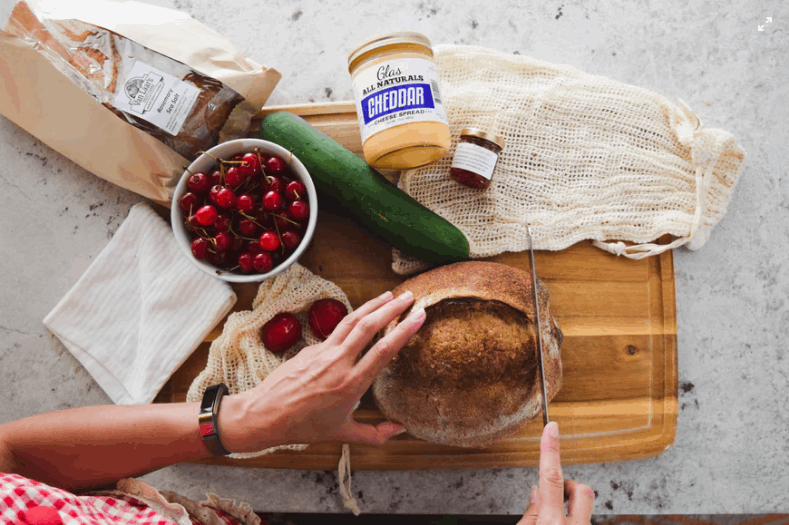 It’s not just berries; resveratrol is another polyphenol found in grapes and red wine (and used widely in supplements).

Resveratrol is well known for its anti-aging effects … [like] boosting energy and improving brain function by potentially slowing down cell death and inhibiting gene expression.It also appears to be an effective antioxidant and can help reduce fat buildup.

But researchers caution that these benefits may only be apparent when taken over long periods of time, with large amounts. For now, small amounts are thought to be helpful for maintaining health.

Cardiovascular disease is one of our leading causes of death. Polyphenols are powerful antioxidants that help protect our bodies from cell damage associated with oxidation.

In addition, some studies suggest polyphenols can have antioxidant and anti-inflammatory properties. (If you’re a coffee drinker, you’re in luck: Scientists believe that drinking 3 or more cups per day can lower your chances of heart disease.)

There are thousands of polyphenol varieties—each with unique properties—but some common sources include tea, coffee beans and cocoa powder. Read on for 8 surprising health benefits of polyphenols, according to experts.

Most people think that drinking fruit and vegetable juices is a good way to get our recommended daily dose of vegetables.

However, eating whole fruits and vegetables can be even more beneficial for your health and your skin. One study found that subjects who ate a diet high in whole fruit had less wrinkles than those who didn’t.

Another study found that men who regularly consumed at least two servings per day of fruits and vegetables had higher bone density than those who did not.

Fruits and vegetables also contain antioxidants—antioxidants help reduce inflammation throughout our bodies, which can lead to many diseases such as cancer or heart disease.

As they age, our bodies naturally produce fewer antioxidants, making it crucial for us to consume antioxidant-rich foods.

Polyphenols can help with memory and thinking. Polyphenols may be neuroprotective or anti-inflammatory agents that slow cognitive decline in aging individuals or reduce risk for developing neurodegenerative diseases such as Alzheimer’s disease, says Dr. Parnetti.

In animal models polyphenols have been shown to protect against oxidative stress by quenching free radicals, stimulating enzymes that neutralize oxidative compounds and reducing inflammation.

The American Association of Retired Persons reports that those with higher intakes of polyphenol-rich foods were less likely to develop dementia (including Alzheimer’s disease) than people who consumed fewer amounts of these foods.

Recent studies have found that certain polyphenols can kill off cancer cells and reduce their likelihood of proliferating.

In particular, resveratrol is being heavily researched as a possible dietary solution for cancer patients who are struggling with chemotherapy side effects.

Also, in recent years lycopene has been studied for its potential to protect against prostate cancer; so far there’s evidence that high-consumption diets—high in watermelon and tomatoes—can lower your risk for prostate cancer by about 20 percent.

Researchers aren’t entirely sure why polyphenols offer these benefits, but they do know it has something to do with their antioxidant qualities (which help keep free radicals from doing damage within cells). More research is needed, but what we know now seems pretty promising!

A 2014 study published in Pharmacognosy Research revealed that polyphenols may assist in weight loss by increasing satiety, which means they help keep you feeling full after a meal.

This can be especially helpful for those who have trouble eating enough fruits and vegetables on a daily basis. If you’re not able to consume large portions at once, try packing your plate with lots of colorful produce at each meal.

Not only will these types of foods keep you satisfied throughout dinner time; they’ll also give your mind something nice to focus on while cutting calories during lunch.

Research suggests that eating an abundance of produce leads us to make smarter food choices during meals.

In a 2018 study, researchers found that people who ate meals with higher amounts of polyphenol-rich foods were as much as 30 percent less likely to develop diabetes.

Previous research has found similar effects for caffeinated and decaffeinated coffee. Indeed, people who regularly consume coffee are less likely to develop diabetes than those who rarely drink it.

Coffee contains plenty of antioxidants; one in particular is chlorogenic acid (CGA), which appears to be particularly beneficial for your health.

A 2014 study showed that taking green tea catechins combined with a single dose of blueberry extract before exercise may help boost endurance capacity and fat burning during exercise.

And another study published in Clinical Nutrition found that those who took green tea extract three times a day for 12 weeks lost about two more pounds than participants who didn’t take green tea extracts.

It’s not clear exactly how much green tea you would have to drink or what type of supplement you would need to get these benefits, but there are plenty of brands available at your local health food store.

If you prefer going natural, read up on which teas have anti-obesity properties. For example, studies show that certain teas prevent obesity by affecting hormones related to satiety and hunger like CCK and GLP-1.

There are even some early studies showing that certain natural substances can have an effect on metabolism, including caffeine-related substances such as chlorogenic acid (also known as 5-caffeoylquinic acid) found in coffee beans and trigonelline found in cocoa beans.