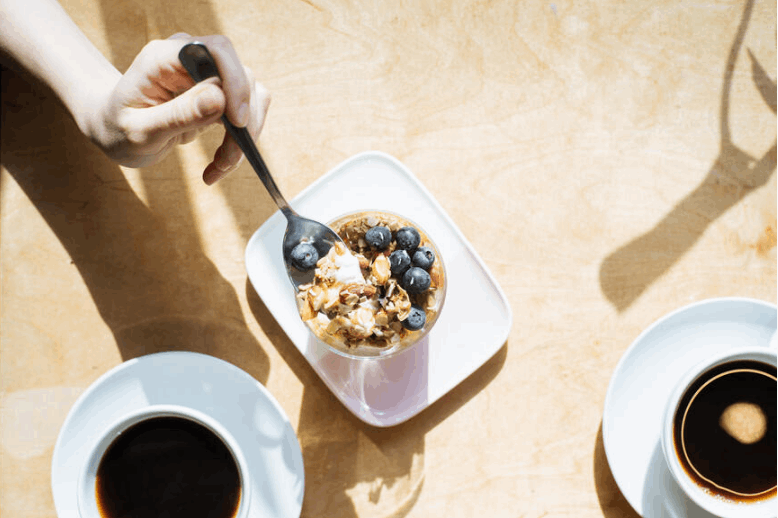 They are also important for neurotransmitter balance and brain function. In fact, recent research has even shown that short chain fatty acids play a role in reversing insulin resistance.

If you suffer from any of these conditions, you may want to make sure you’re getting enough short chain fatty acids. Start by adding more fermented foods to your diet – anything from yogurt to sauerkraut and kefir can help boost your intake of these beneficial nutrients.

Better yet, start making your own fermented foods so you can control exactly what goes into them. You can find my favorite recipes in The Probiotic Promise Cookbook; just click here or on the book cover below

Butyrate and the immune system

Butyrate, a short-chain fatty acid produced by certain strains of gut bacteria, has been shown to induce potent regulatory effects on T cells, B cells and natural killer (NK) cells.

It inhibits inflammatory cytokine production by these immune cell types. This action is thought to be partly responsible for its role in reducing colitis and inflammatory bowel disease.

For example, butyrate has been shown to induce apoptosis (programmed cell death) in T-cells involved in inflammatory bowel disease.

New research suggests that certain bacteria in our gut, known as Firmicutes, are important for treating inflammatory bowel disease (IBD).

The study found that butyrate, a short chain fatty acid released when bacteria within Firmicutes ferment fiber, was able to suppress inflammation. And, it didn’t take much butyrate to do so—much less than you’d find in diet.

The real interesting part is that researchers found even non-steroidal anti-inflammatory drugs like aspirin had similar effects on IBD patients, meaning we might be able to use butyrate and other short chain fatty acids to treat IBD without taking toxic medication.

A study published in July found that children with autism had abnormal levels of short-chain fatty acids—small molecules produced by beneficial gut bacteria.

Researchers believe that low levels of these SCFAs may have contributed to abnormalities in brain development, leading to autism.

This is another piece of evidence pointing toward a role for gut bacteria and their products as mediators between diet and mental health, study author Jane Foster, PhD, associate professor at The University of New South Wales School of Medical Sciences in Sydney, Australia.

It’s an exciting avenue for research into potential new treatments. There’s been a lot of buzz in recent years about gut bacteria and how our digestive tract influences our overall health.

Scientists now believe that alterations in gut bacteria may be connected to inflammatory diseases such as asthma, autism, autoimmune disease, cancer and more.

With research supporting a potential connection between gut bacteria and autism growing stronger every day, it’s important for parents to understand how microbiome can play a role.

A study published in 2017 found that there is significantly different levels of two short-chain fatty acids produced by two types of colonic bacterial strains found in autistic patients compared to their non-autistic counterparts; these are known as butyrate and propionate.

The exact causes of depression are unknown, but some evidence suggests that it’s related to low levels of certain chemicals in our brains, such as serotonin.

The good news is that new research has shown short chain fatty acids (SCFAs) may be able to help restore these chemical levels by boosting gut bacteria which produce them.

A study published in Nutrition Journal found that mice fed SCFAs were less anxious and depressed than those who didn’t receive any SCFAs.

Researchers believe they may also have positive effects on people with chronic fatigue syndrome, diabetes, and autism.

This may be due to their effects on gut microbiota, blood pressure, insulin sensitivity, or inflammatory status. This review discusses these potential mechanisms in relation to kidney disease.

It also discusses studies addressing cardiovascular disease and diabetes, which are major causes of mortality in patients with chronic kidney disease (CKD).

Moreover, it provides an overview of existing therapies for CKD such as angiotensin receptor blockers (ARBs), angiotensin converting enzyme inhibitors (ACEIs), diuretics, and so on.

SCFAs have been shown to have significant impacts on a variety of conditions. Research has found that they reduce body weight in obese mice, and they’ve also been shown to reduce visceral fat mass in people with type 2 diabetes.

A lower concentration of butyrate (one form of SCFA) was also associated with higher rates of colon cancer. Other studies show that levels are lower in people with certain types of inflammatory bowel disease, such as Crohn’s disease, or ulcerative colitis, than in healthy people—and a high-fiber diet is known to improve gut health.

For those who are new to health and wellness, your gut (or gut flora) might not seem like a very important organ.

In reality, however, it is a complex and intricate component of your body that helps you digest food and absorb nutrients, but also performs a number of other essential functions.

For example, research suggests that gut bacteria can impact your mood and even fight diseases like irritable bowel syndrome or Crohn’s disease.

When it comes to gut health, there are two types of fatty acids that stand out: short chain fatty acids (SCFAs). They’re essential for good health—in fact they might just be key to improving your overall wellness.