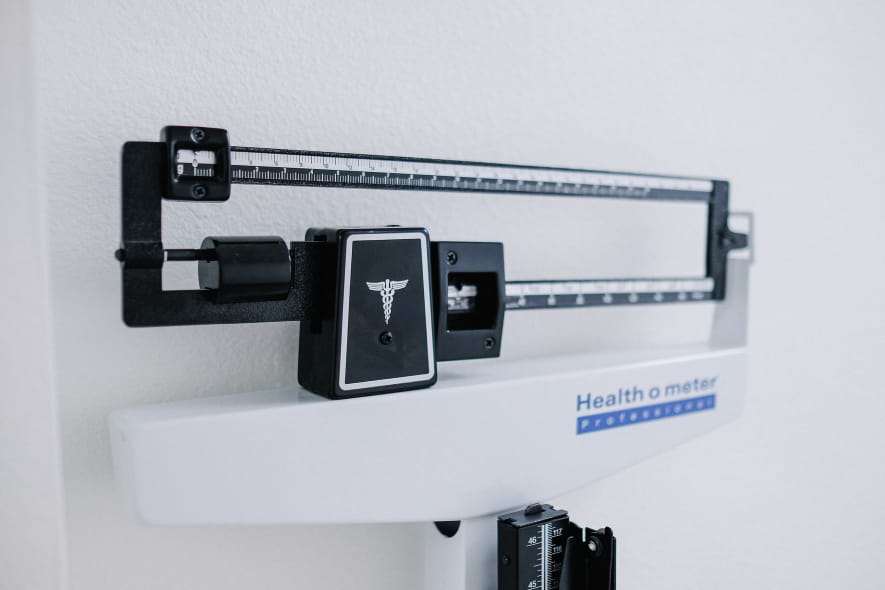 According to a new study published in the International Journal of Obesity, Is BMI Accurate? BMI might not be an accurate measure of health after all. How accurate is BMI? Find out more here!

What is BMI (Body Mass Index)?

The Body Mass Index is a calculation of your weight-to-height ratio. It’s a quick and dirty way to estimate if you are overweight, underweight or at a healthy weight for your height.

The measurement is calculated by dividing your weight in kilograms by your height in meters squared. For example, if you weigh 150 pounds and are 5’7” tall, you have a BMI of 22.5 (150/72).

However, it has been argued that the BMI formula does not account for muscle mass and bone density in addition to fat distribution which may skew results.

Some argue that this could lead to misdiagnosis of an individual’s health status or ability to maintain their desired weight.

This study was designed with the goal of examining how the discrepancy between actual body fat percentage determined through DEXA scans and body fat estimates based on BMIs can affect an individual’s health status when they are found within the normal range according to standard clinical practice guidelines (BMI 18.5-24.9) -or as deemed by a clinician.

in an analysis of more than 4 million people, researchers found that while a high body mass index (BMI) is associated with an increased risk of death in men and women, those who are overweight by as little as 5 to 10 percent can still be at a significantly increased risk.

This finding challenges one of our main assumptions about being overweight: that there is a consistent relationship between having excess weight and an increased risk of death.

It’s also in line with previous research that suggests that moderate amounts of exercise may have protective benefits for some people who are slightly overweight or obese.

So if you’re carrying around a few extra pounds, don’t panic—especially if you’re active and eat well.

While obesity has been linked to numerous health issues, experts don’t always agree about how effective an obesity measure like body mass index (BMI) is in determining actual levels of health.

For example, it’s been suggested that people who are overweight might have a lower risk of cardiovascular disease than those with normal BMIs.

This new study suggests that BMI may not be as useful a predictor of a person’s health as his or her actual weight status. Obese adults at healthy weight:

The analysis examined data from over 350,000 Americans enrolled in a national health survey between 1988 and 2006.

It found that nearly 25 percent of obese adults actually had normal levels of blood pressure and cholesterol compared to less than 10 percent of normal-weight obese adults.

The study, which was published online in BMJ Open and led by Eric Robinson of London’s University College Hospital, analyzed BMI data from 18,834 adults aged 30-70 years.

After testing various models of analysis on their dataset, they concluded that: A number of alternative measures of adiposity performed better than or as well as body mass index at predicting important health outcomes.

We therefore recommend that doctors and other healthcare professionals should think beyond body mass index when assessing their patients’ level of adiposity.

The Body Mass Index, or BMI, is a very simple calculation: weight (in kilograms) divided by height (in meters) squared.

For people who have a normal or healthy weight range but also carry a lot of muscle mass or are just plain large-framed in general (like professional basketball players), a high BMI can be misleading—their fat percentage may be lower than yours!

For the majority of people with a BMI in the healthy range, it could be worthwhile to keep an eye on their waistline, because that number isn’t always accurate either – plus fat often ends up distributed around our bodies in ways we don’t even notice – so being careful about what the scales say is still important too!

Should you use another measure of health and wellness if you have a high body fat percentage?

According to a recent study, there’s a good chance you should. For example, if you have a body fat percentage of over 30 percent, your risk of dying from any cause is 48 percent higher than someone in that same age group who has less body fat.

When it comes to assessing your own risk, though, remember that it’s more about where your fat is distributed than how much of it you have overall.

That’s because belly fat—the kind that wraps around your abdominal organs and builds up in front of other organs—is particularly dangerous.

So while building healthy habits like eating right and getting plenty of exercise can lower your body fat percentage, they can only do so much.

How do you measure your level of body fat?

For years, we’ve used height-to-weight ratio as a simple indicator of body fat. It’s easy to calculate (just divide your weight in pounds by your height in inches), but it’s far from perfect.

For one thing, muscle weighs more than fat, so athletes can have high BMIs but very little body fat.

Even worse is that people who are very tall or short tend to get unfairly classified as overweight when they don’t have enough body fat to make them unhealthy.

Enter waist-to-height ratio, which considers how much of our bodies is stored around our midsections—and may be a better predictor of obesity and overall health.