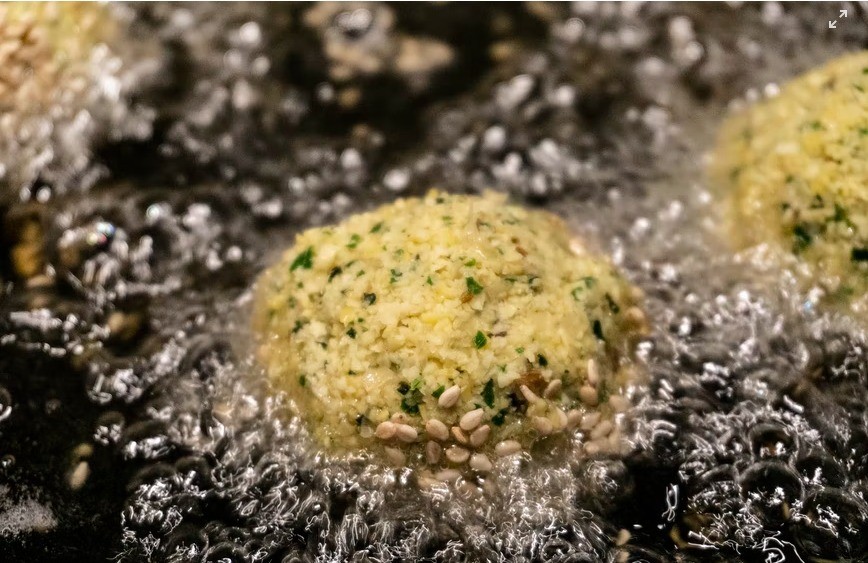 1) Use olive oil for lower temperatures

Sure, olive oil is a healthy cooking oil and it’s great for adding flavor to pasta dishes, but you’re going to want to save it for use at lower temperatures.

That’s because olive oil has a low smoke point (325 degrees F) and will oxidize and go rancid when exposed to high heat.

Stick with coconut or avocado oils if you’re sautéing or stir-frying your food at high heat; they have higher smoke points (400 degrees F).

For more information on different types of healthy cooking oils, check out our guide here.

Coconut and avocado oils are both excellent choices for medium-high temperature cooking, thanks to their smoke points (around 400 degrees F).

Use either one in place of vegetable oil or butter when you’re frying foods, though keep in mind that they tend to have strong flavors so should be used sparingly.

Coconut oil is particularly tasty as a substitute for butter! It can also be used as an alternative to shortening or lard if baking cupcakes or other desserts.

Avocado oil offers similar benefits: it has a smoke point around 410 degrees F and is delicious when added into things like salad dressings! It can also add some nutrients into your diet that you may not get from other kinds of healthy cooking oils!

If you’re a big fan of Asian cuisine, coconut oil is a must. The tropical oil gives dishes like stir-fries and curry an exotic flare.

But don’t go overboard: There’s no need to use more than a tablespoon or two per dish, since it has 117 calories per tablespoon.

(That compares with 117 calories for a teaspoon of olive oil.) Also, many brands add chemicals that may be hazardous to your health; look for organic virgin coconut oil instead. It’s available at most grocery stores.

Peanut oil is especially suited for high-heat cooking. Because it can take extremely high temperatures without breaking down, you can use it to fry foods at high temperatures if you’re using a pan. Peanut oil also has a pretty neutral flavor, so it won’t change how your food tastes (like olive oil).

And while peanut oil has more saturated fat than other oils, new research suggests that as long as your diet includes mostly unsaturated fats, there’s no reason to be concerned about its effect on heart health.

Peanut oil is generally considered safe for healthy adults, says Heather Mangieri, RDN and spokesperson for The Academy of Nutrition and Dietetics.

4) Sesame oil is an option to try out new recipes

Contrary to what you might think, sesame oil is low in saturated fat and can actually help with weight loss.

The reason is that when it’s heated, a compound inside of it called sesamin is released which has been shown to help lower cholesterol levels.

Sesame oil is also one of the most antioxidant-rich oils out there; antioxidants are responsible for fighting against aging and cancer-causing cells.

Sesame oil goes well with fish, vegetables, rice and pasta dishes. It can be used as a marinade or even drizzled on top of cooked food just before serving.

Make sure you don’t overheat it though or it will start smoking and lose its nutritional value! If you want to try something new but don’t know where to start, sesame oil is an excellent option because it goes well with so many different foods!

5) Flaxseed oil is rich in antioxidants

Antioxidants like vitamin E can help maintain your skin’s moisture levels and protect against sun damage. It’s also a good source of alpha-linolenic acid (ALA), an omega-3 fat that’s essential for brain health.

And even if you aren’t looking to lose weight, research suggests that people who use flaxseed oil for just three months saw improved blood sugar control compared to a placebo group, which may be especially helpful for those at risk of diabetes. Another bonus:

Flaxseed oil contains lignans, a type of phytonutrient that appears to act as an antioxidant and anti-inflammatory in vitro and animal studies.

For these reasons, it is one of Dr. Oz’s miracle foods for healthy living. Research has shown that it may improve symptoms associated with premenstrual syndrome and other conditions related to estrogen deficiency, such as hot flashes, osteoporosis, breast pain and vaginal dryness.

The best way to get more flaxseed oil into your diet is by adding it to smoothies or salads or drizzling over cooked vegetables or fish.