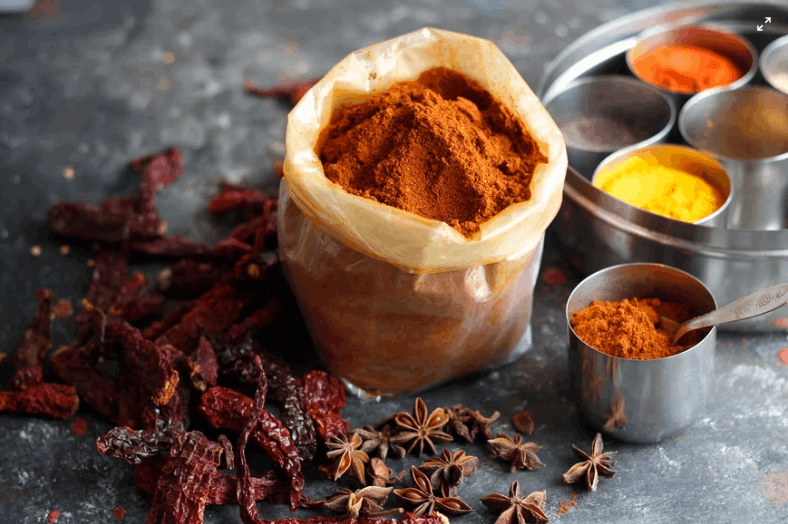 Turmeric, commonly used in Indian curries, and its active ingredient, curcumin, have been gaining popularity lately as the subject of numerous health studies.

As it turns out, this spicy herb has many benefits to offer, even when consumed in small doses. Here are 10 surprising benefits of turmeric and curcumin that you might want to add to your healthy lifestyle.

Curcumin, an active ingredient in turmeric, has been shown to reduce inflammation, making it helpful for managing pain.

A new study on mice found that curcumin supplements were just as effective as ibuprofen in relieving pain and inflammation following an injury.

The best part is you don’t have to worry about dangerous side effects; curcumin shows promise in animal and human studies with no toxicity or adverse reactions.

If you’re looking for a natural way to manage arthritis symptoms or any other kind of pain relief, turmeric should be on your radar screen!

Curcumin is a powerful anti-inflammatory and antioxidant, so it’s no surprise that it can be helpful in treating depression.

According to a 2012 study published in Phytotherapy Research, curcumin may be just as effective as fluoxetine [Prozac] in alleviating depressive symptoms — without any of the side effects associated with antidepressants.

Other studies have linked curcumin to reduced levels of stress hormones and improved mood. And animal research published in Psychopharmacology found that rats given curcumin had less depression-like behavior.

Curcumin, a phytochemical in turmeric, has potent anti-inflammatory properties. It’s known to reduce levels of inflammatory biomarkers like C-reactive protein and interleukin-6 (IL-6).

In fact, researchers have shown that curcumin is just as effective as ibuprofen at reducing inflammation and pain in people suffering from osteoarthritis.

Benefits of turmeric in One study showed that 90 percent of people with knee osteoarthritis who took 600 mg daily experienced relief from symptoms like swelling and joint pain.

Antioxidants are essential to keep our bodies at peak performance, and turmeric is a potent antioxidant. Because it’s been used as a medicinal herb for thousands of years.

In fact, research has shown that curcumin (the active ingredient in turmeric) can be up to 10 times more effective than vitamin E or selenium in neutralizing cell-damaging free radicals. Curcumin has also been linked with relieving arthritis symptoms by reducing joint inflammation and swelling.

In one study, curcumin was shown to help reverse age-related memory loss. Another study, published in The Journal of Biological Chemistry, found that curcumin may protect brain cells from deterioration. According to Medline Plus, curcumin may also help improve thinking and reasoning skills.

A small, double-blind study in 2011 published in Phytotherapy Research found that curcumin extract improved cognitive function among elderly people with mild memory impairment — but only when taken along with other herbal ingredients.

One of curcumin’s most profound effects on human health comes from its anti-inflammatory and antimicrobial properties.

Researchers have found that curcumin is particularly effective against candidiasis, a common fungal infection in people with weakened immune systems.

Although there are many anti-fungal drugs on the market, those drugs can sometimes be ineffective, or even harmful to your system, when you’re battling a candidiasis infection.

Fortunately, researchers have found that curcumin can effectively destroy candidiasis without causing harm to your system—and it may also reduce your need for other medications by providing relief from pain and inflammation.

The antioxidant activity of curcumin can help mitigate these effects by quenching free radicals and preventing further damage to cells. Some research even suggests that curcumin may be beneficial in treating type 2 diabetes.

Curcumin is a natural anti-inflammatory that seems to have a positive effect on several factors which may cause cancer.

It can also protect against free radicals, and helps prevent DNA damage. Researchers have found that curcumin can help treat people who already have cancer by slowing its progression.

There are multiple ways it may do so, including helping kill tumor cells or blocking new blood vessels from growing into tumors.

Some studies even suggest it may be as effective as chemotherapy without some of its negative side effects! And while these are early results, they’re promising enough to warrant further investigation.

Research suggests that adding just a half teaspoon of turmeric to your food every day can boost fat burning by as much as 20 percent. It’s worth noting that not all turmeric supplements are created equal.

Be sure to purchase turmeric extract with high levels of curcumin and low levels of other natural turmerones like demethoxycurcumin for maximum results.  To reap maximum benefits from Turmeric, you can also add it to your coffee or tea in place or sugar or creamers.

Curcumin, a chemical compound in turmeric that gives it its distinct orange color, has long been used as a digestive aid. Curcumin is known to prevent or reduce various types of stomach inflammation and protect against ulcers.

The chemical is also believed to break down protein in meat faster than normal, making curcumin-infused foods easier to digest. (See Advantage: Curry, below.)

Be wary: Some studies suggest that curcumin may interact with certain drugs and hinder their effects; if you’re taking any prescription medications, check with your doctor before adding turmeric to your diet.

And be sure to consume turmeric in moderation—excessive amounts have been linked to liver damage and cancer risk.