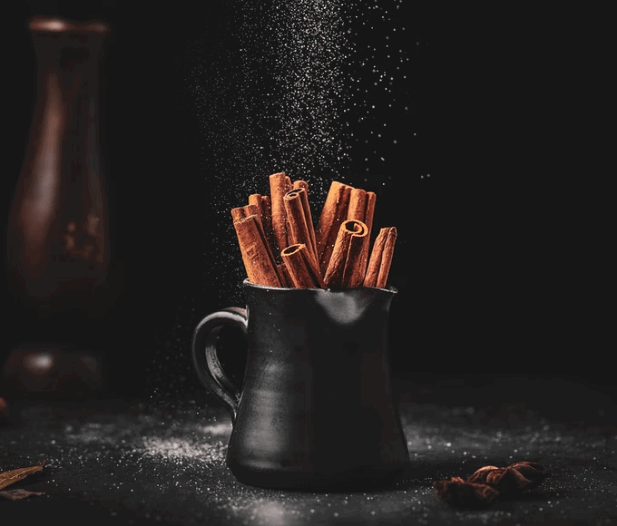 A lot of people don’t realize just how much of an impact cinnamon can have on your health.

In fact, this humble spice offers many positive benefits to your body and can even help you improve your lifestyle in surprising ways.

To help you understand the wonderful health benefits of cinnamon, here are 8 things about it that may surprise you!

In Benefits of cinnamon: As you know, cinnamon can help with blood sugar control and may be especially beneficial for people with diabetes. But it’s also been shown to boost heart health in a way that goes beyond lowering blood sugar.

Multiple studies have found that cinnamon can help regulate blood pressure and prevent LDL (bad) cholesterol from oxidizing and going rancid, which is key to keeping arteries healthy.

Other research suggests that cinnamon may improve cholesterol levels over time by blocking an enzyme involved in converting good HDL cholesterol into bad LDL cholesterol.

Plus, adding just 1 teaspoon of ground cinnamon a day to your food intake has been linked to a reduced risk of death from all causes, including heart disease and cancer.

Research suggests that cinnamon can improve blood sugar control in people with type 2 diabetes, according to a study published in Diabetes Care.

One group was given one gram of cinnamon a day, while another group was given a placebo. At the end of 14 weeks, those who took cinnamon had significant improvements in fasting blood glucose levels and hemoglobin A1c.

What’s more? Other research reveals that taking cinnamon along with diabetes medication can lower A1C levels. In fact, in a six-month trial, people who took their medication with 1, 3 or 6 g of cinnamon had reduced LDL cholesterol levels compared to those who didn’t take cinnamon—without any negative side effects!

Researchers at a Saudi Arabian hospital found that adding one or two grams of cinnamon to a type 1 or type 2 diabetic’s daily diet can help lower their blood sugar.

The study was conducted over a 6-month period on 60 patients and compared their results with those who did not consume cinnamon. Those who consumed one gram of cinnamon per day lowered their average blood sugar by 33%.

Those who consumed two grams lowered it by 46%. While more research is needed, these numbers are encouraging news for anyone living with diabetes.

In addition to potentially lowering your blood sugar, cinnamon has also been shown to reduce heart disease and protect against ulcers. Get more cinnamon in your diet by adding it to cereals, smoothies, yogurt and even salads!

Studies have shown that cinnamon can effectively reduce cholesterol. In one study, when people consumed a half-teaspoon of cinnamon each day for 40 days, they experienced a drop in total cholesterol by an average of 10%.

This effect was noted most in people with high levels to begin with. Research has also revealed that cinnamaldehyde, which is a compound found in cinnamon, can help prevent other forms of heart disease as well.

It’s thought that cinnamaldehyde may be helpful at preventing arterial blockages and blood clots, particularly if you’re genetically predisposed to these conditions.

In a study conducted at Johns Hopkins University, people with prediabetes and type 2 diabetes were given 1, 3 or 6 grams of cinnamon per day.

To experience similar benefits without consuming more than what is considered a reasonable amount of cinnamon, it’s recommended that you add fresh cinnamon to your food.

Adding cinnamon to oatmeal or an apple (as well as making certain other tweaks) can help improve your glucose levels quickly and easily.

Cinnamon’s anti-inflammatory properties are what make it so beneficial for fighting infections and heart disease. A 2009 study published in Food Research International revealed that cinnamon extract inhibited inflammation in human colon cells.

The lead author concluded, These results suggest that [cinnamon] may be a promising agent for use in dietary interventions against colorectal cancer.

And according to a 2010 study published in Cancer Letters, cinnamon’s anti-inflammatory properties can even protect against stomach cancer.

Interestingly, much of cinnamon’s medicinal benefit comes from its oil components, especially cinnamaldehyde.

If you’ve ever tried to ward off a cold or flu, you know that eating a little bit of cinnamon every day is one of your best defenses.

8) Last But Not Least – Weight Loss

When it comes to losing weight, there’s a lot of confusion about what actually works. There are as many different diets out there as there are stars in the sky.

But which ones really work? Fortunately, most have been studied extensively, and all evidence points to one dietary pattern being superior to all others.

It’s not vegetarian or vegan. It’s not Paleo or gluten-free. And it’s definitely not something you can get at a juice bar. What is it?