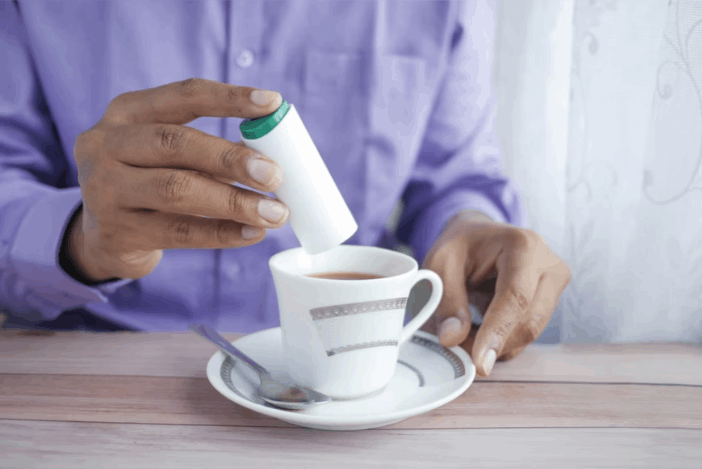 Artificial sweeteners have been gaining popularity over the past century, especially as people have begun to turn away from processed sugar and toward healthier alternatives.

However, this trend can be somewhat controversial; some people believe that artificial sweeteners aren’t healthy, while others claim they provide numerous health benefits.

In order to get to the bottom of this debate, let’s take a look at some of the different types of artificial sweeteners, their health benefits and drawbacks, and whether or not they’re good options to include in your diet.

Are artificial sweeteners better than sugar

This question is not as straightforward as it might seem. Sugar’s bad reputation is based in large part on its effect on blood sugar levels, which are associated with weight gain and diabetes.

Many people with high blood sugar levels develop insulin resistance, which raises their risk of developing cardiovascular disease. In other words, high blood sugar is a direct cause of both type 2 diabetes and heart disease.

So if you want to protect your health, then avoiding foods that cause spikes in blood sugar would seem like a pretty good idea—and that includes processed foods that contain added sugars.

However, there’s no good evidence that switching from sugar to artificial sweeteners (or making any other changes to your diet) will help you lose weight or prevent heart disease or type 2 diabetes.

What are artificial sweeteners

The answer to that question depends on whom you ask. For many dieters, artificial sweeteners are a godsend.

There’s nothing like cutting down on sugar in order to lose weight and improve your health—as long as you don’t overdo it.

Yet, recent research has thrown into question whether artificial sweeteners do more harm than good by disrupting our gut bacteria or impacting our appetite, even encouraging weight gain in some cases.

Here’s what we know: Replacing sugar with zero-calorie sweeteners may help people with obesity lose weight without increasing calorie intake or causing a compensatory increase in appetite, explained Dr. Jim Johnson of Purdue University in an interview with Psychology Today.

The risks of overconsumption

Too much sugar in your diet can lead to weight gain, but artificial sweeteners may bring their own set of health risks.

New research from Washington University School of Medicine in St. Louis suggests that frequent consumption of artificial sweeteners may be associated with an increased risk for developing metabolic syndrome and type 2 diabetes.

A research team analyzed data from 474 participants (93 percent were white), ranging in age from 45 to 84 years old and all without diabetes at baseline; 171 completed two follow-up visits approximately three years apart.

They found that those who consumed one or more artificially sweetened beverages a day had a significantly higher incidence of metabolic syndrome than those who drank less than one serving per month.

The researchers also observed a dose-response relationship: Those who consumed four or more servings per week were almost twice as likely to develop metabolic syndrome as those consuming fewer than one serving per month.

Stevia is a plant-based sweetener with no calories. Many people prefer to use stevia as an alternative because it does not cause weight gain, diabetes or tooth decay like other sweeteners can.

However, its actual health effects are somewhat unclear. While some studies indicate that Stevia may have certain adverse effects on your body and brain, other studies have found no harm in using it.

Your best bet when choosing a sweetener is to go with one you know is safe, such as maple syrup or honey instead of artificial sweeteners such as sucralose and saccharin that could be potentially harmful.

7 tips to reduce your consumption

Aside from cutting out your soda or sugary drink of choice, there are a few simple steps you can take to reduce your consumption of artificial sweeteners .

First, it’s important to note that most artificial sweeteners aren’t water-soluble. This means they don’t dissolve in water and therefore tend to stay in your digestive system for much longer than regular sugar.

To help speed up their exit through your body: Drink plenty of water before and after consuming foods with artificial sweeteners; eat fiber-rich foods like whole grains; avoid eating too many refined carbohydrates like white bread and pasta; and exercise regularly.

If you want to kick things up a notch, try intermittent fasting (IF) which has been shown to accelerate fat loss by helping you lose weight without hunger.

In fact, one study found that IF helped people lose 2.2 times more weight than those who didn’t fast at all!